The world of high-stakes ornamental fish breeding is beyond the reach for most of us, and there is no need for the average pond-owner to shell out £100,000 or more to obtain nice looking koi. For professional high-end breeders and the super devoted (and deep-pocketed) fish collectors, the situation is different, and there are many examples of ornamental fish selling for huge amounts of money.

When we look at pricey fish, we find a lot of koi, but also some other fish types, including ornamental Asian arowana. Below, we will take a closer look at some seriously expensive fish. In addition to the ornamental specimens, edible fish intended for our plates can also fetch some serious coin, such as the huge bluefin tunas sold at food fish auctions in Asia.

In October 2018, a red and white female koi named S Legend sold for a record-breaking 203 million yen in in Hiroshima, Japan. The sum equalled £1.4 million, and was £1 million more than the previous record for koi.

At the time, S Legend – which is of the Kohaku variety – was nine years old and measured 101 centimetres, which is quite large for a koi.

The record-breaking price was the result of a bidding war, from which a Taiwan-based koi collector called Miss Yingying emerged victorious and got the honour of paying 203 million yen for the fish.

The auction, which took place at the Saki Fish farm in Hiroshima, gathered a lot of attention among high-end koi keepers and breeders, due to the rarity of S Legend. The seller was renowned koi breeder Kentaro Sakai.

After the auction, Miss Yingying announced that she planned to enter S Legend in the All Japan Koi Show in Tokyo. (It won that show the year before the auction.) Notably, there is no prize money involved with winning that show – only honour and prestige. Of course, winning it will increase the market price of the individual fish and possibly also for its offspring. Koi females produce a large number of eggs for each spawning, but only a fraction of the offspring of the right quality to sell, and even less go on to win prizes at koi shows.

Saki Fish farm in Hiroshima has been breeding koi for over 100 years.

In Japanese, Kōhaku (紅白) means “red and white”. The kohaku variant of koi is one of the oldest ones, and kohaku koi has been kept and breed in Japan since the 1800s. Kohaku koi are white-skinned with large red markings on the top.

A Kohaku where the white parts of the body is pure, without any yellowing or other discolourations, will typically fetch an extra high price at auctions.

The Asian Arowana, Scleropages formosus, became a sought-after ornamental fish in South-East China during the later half of the 20th century. Before that, it was a food fish, and did not fetch the incredible prices of today.

In South-East Asia, including China and Japan, it is commonly known as Dragonfish and is considered a representation of good luck and fortune. The Arowana craze has become so huge that some owners even pay to have their fish undergo cosmetic surgeries.

When 10 albino Arowana specimens were brought to the 2009 Aquarama International Fish Competition in Singapore, they travelled with police escort. At the show, armed guards were employed to prevent fish abductions.

Even a fairly standard specimen of Asian Arowana can cost several hundred dollars in South-Eastern Asia, although lower-grade individuals are available from circa 300 USD. The colouration has a huge impact on price. Chili red specimens typically cost around 1,500 USD, while you would be hard-pressed to find an emerald violet fusion super red for less than 10,000 USD. Still, 10,000 USD looks highly affordable compared to the 300,000 USD rumoured to have been paid for an albino Arowana in 2009. According to Malaysian Arowana breeder Alan Teo, a prominent member of the Chinese Communist Party paid that much for a single Arowana back in 2009. 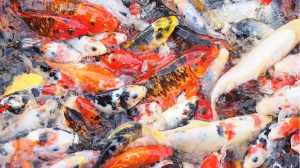 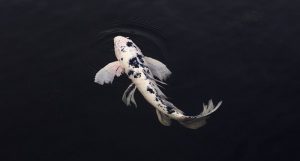 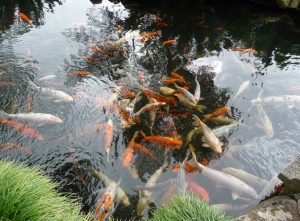